Warning #1: Contains rodents. Well, one rodent. But, awww, it was really tiny and cute. 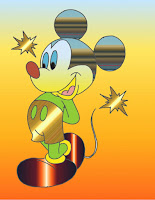 And not this thing named after a rodent: 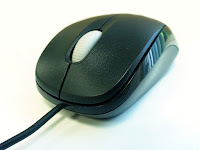 No; it was this kind of rodent, except smaller and darker:

Warning #2:  This is a bit long-winded. I write like I talk, except I talk fast so my stories are finished sooner. Sorry. There is a limit to the number of things in my life that I'm willing to put on the internet, so ... mouse stories it is. I completely understand if you move right along without reading. I'm trying to learn to edit myself but some days it's harder than others.

My post here - about the bird in the stove (found by BoyCat) - reminded me of other wildlife that occasionally gets in our house. Tiny, grey, furry wildlife, with miniscule feet and beady black eyes, whiskers and tails ... yeah, I'm talking about mice.

Our house was built in 1988, so - as houses go - it's not all that old. It's well-built and tight, and we have no idea how the mice get in, but they're tiny little blighters and run like the wind, and they've found a way, whether it's through a knothole somewhere, or through the door when we're entering or leaving the house.

The first few mice that got in must have found some way other than the door to enter, because they ended up between the walls, and there was nothing to do but sadly listen to them scratch for a couple of days and then deal with the smell of their poor wee carcasses in the kitchen closet. I don't know if I felt sorrier for the mice or for myself having to move the entire closet contents so they didn't take on that very special odour. Let's just say I was really, really sorry they died under such circumstances.

The fourth time I heard rustling and scratching in the same closet wall, I begged my husband to cut a hole in it to try and rescue the unfortunate beastie before it perished. Since the alternative for him was to deal with a very emotional spouse, he did it. Once the hole was made - and no mouse came out to greet us - he barricaded it with a heavy board held in place with heavy books.

Clearly not heavy enough. A few hours later, with my husband asleep for the night and me about to turn in as well, something caught my eye in the kitchen. Something small with a long tail. It was sitting on my yellow raincoat which I'd hung over the doorknob to dry earlier in the day.

After I scraped myself off the ceiling, I considered the facts. There was a mouse on the doorknob. We have three cats who are not allowed outdoors. My husband was asleep. If I took my eyes off the mouse for a fraction of a second, whether to obtain a cat's services, lock them all in the basement so there would be no murdering or running out the door, get a receptacle to trap the mouse, wake my husband, get the broom, get gardening gloves, or just to blink, let's face it, that mouse would be long gone. And it would be in the same house as us. At night. The only thing I really needed was something to catch the mouse in. The closest container was the wastebasket in the bathroom off the kitchen. As quietly as possible, I nabbed it - but the mouse had disappeared as anticipated. I'd only taken my eyes off it for a couple of seconds, so I checked all around the perimeter of the kitchen and felt certain it had not made it to the floor.

That meant, of course, that the mouse was in the folds of the raincoat. Carefully I took it off the doorknob, opened the door, and threw it onto the deck outside. By this time the cats had strolled into the room, and by the way they were lazing around, showing no sign of interest in anything but their food bowls, I figured my assumption about the mouse's whereabouts was probably right, and breathed a sigh of relief.

But I checked that raincoat three times before I took it back inside. Just for good measure. And even then, I felt kind of jumpy having it inside again.

There are more mouse tales to tell. Spoiler alert: they all lived - even though two of them spent time in a cat's mouth ... But that's a post for another day.

Do you have a story about wildlife in your house? Or have you been lucky and not had to deal with it?

In 2010 we were living in an awesome warehouse space in West Oakland. One evening I was cooking some noodles in the kitchen, when I saw a mouse scurry across one of the counters. Briana saw it too, but neither of us was quick enough to catch it. A few minutes later, Briana asked me what the noise was, and I couldn't identify it, but wasn't too concerned, as there are many industrial noises at all hours in that part of West Oakland. Briana persisted, and discovered the noise to be coming from the jar of bacon grease next to the stove. The mouse had gotten into it somehow, and was frantically trying to escape. She scooped it out and took it to the sink to wash it off. Her plan was to keep it in a box for a while, until she could release it in the garden section outside of Home Depot (as she had done with two previous mice from that warehouse), but it escaped from the box into her room and was never seen (by us) again.

The Cooker grabbed a mouse by the nape of its neck and showed it to the nonchalant cat who looked at her and said, "So what do you want me to do about it? You caught it. It's yours."

That is an awesome story :) Too bad the mouse didn't like the B & B (complete with shower) enough to stick around ...

It's funny how indifferent cats can sometimes be to mice. (Dependent, of course, on how hungry they are!) I'm glad you cut a hole in the wall to free the trapped critters. If I had to guess, and knowing nothing about the construction of your house, I'd say they're getting into either your roof or your foundation and getting into the walls that way. Holes under the eaves, maybe?

When I was a teenager we had a rat get into our house in Florida -- this is a very long and disturbing story but basically I trapped it in the oven and let it suffocate. I am not proud of myself.

My husband checked all along the eaves and put in some expanding crack fill, but we still had a mouse in the walls after that. But they are seriously tiny animals and can flatten themselves to almost nothing ...
Rats - now there's a whole 'nother rodent, and not one I'm fond of AT ALL. Brrr.

This reminds me of a couple stories but the situation most similar to yours involved my daughters three white mice. One was very clever and he kept getting out of his container home. One day, when our house was for sale, we spotted him running around just as we were about to open the doors for an open house. We brainstormed some solutions. We ended up getting a shoebox and propping it up with a stick which had a string tied to it. We put some cocoa puffs in the box and the whole set up was placed where we had last seen him. It worked like a charm. We managed to get him contained just as the first guest rang the doorbell. I answered the door with a harmless looking shoe box under my arm.

Yikes, talk about good timing!! I love it!

very interesting but not for you i am sure dear Jenny

Let's just say that I'm glad we have cats, baili!