Thank you for helping me out with words to describe the ice in my last post. I ended up following a few Google trails to learn more about ice and frost (see here and here) but after trying to read sentences like "The patterns in window frost form a fractal with a fractal dimension greater than one but less than two. This is a consequence of the nucleation process being constrained to unfold in two dimensions, unlike a snowflake which is shaped by a similar process but forms in three dimensions and has a fractal dimension greater than two" mostly what I learned was that I am easily overwhelmed by too much technical information and names and cannot remember any of it long enough to actually write a post on it.

But I did snag a couple of pictures that I liked, which I'll share here:


Then there's this, which pretty much blew my mind:

THAT IS A SNOWFLAKE, PEOPLE. CAN YOU EVEN BELIEVE IT??

It looks like some kind of heavy duty metal machinery to me.

That's as far as I got into the realm of snow, and I may never go further, as I must now spend an undetermined amount of time recovering from researching ice and frost.

Q.  What does Tarzan say when he sees a herd of elephants with sunglasses?
A.  Nothing. He doesn't recognize them.

Q.  What does Tarzan say when he sees a herd of giraffes in the distance?
A.  "Ha ha! You fooled me once with those disguises, but not this time!"

Q.  What is the difference between an elephant and a plum?
A.  An elephant is grey.

***
These jokes borrowed, with thanks, from http://homepage.eircom.net/~cronews/elep/elep.html
If you want more, just follow that link.

Hope you have a good weekend, people! 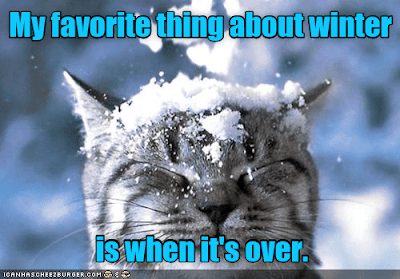 I was going to say that snowflake looks like machinery, then I scrolled down a quarter inch and you'd already said it.
Tarzan not recognising the elephants made me laugh out loud and startled Lola away from her dinner plate.

The description lost me on fractal. Amazing though, especially the snowflake photo, nature’s machinery.

The elephant jokes remind me of a joke I heard when I was at school.
Q. How many elephants can you get in a Mini?
A. Four. Two in the front and two in the back.

I'm with the cat.

That is a SNOWFLAKE!? I have never seen anything like that in my life. How bizarre!

Wow that snowflake picture looks like anything but a snowflake...impressive!

Oh no! We can't have the kitties put off their feed!!

I always wanted a Mini (some people have them here also) but then I considered how well it might hold up in a highway crash. Since we have to use highways to get most anyplace here, I went with "no" . . .

There is a series of elephants-in-Minis jokes at that link. They're very funny.

Isn't it, though? Crazy!

I kept looking at that snowflake picture unable to quite believe it's really a snowflake. You may just have sent me down the snowflake rabbit hole...

I know! I'm going to have to go down that hole myself just as soon as I forget how frustrating it was reading about fractals :D

I'm with the kitty....when is this misery going to be over?

I have never heard of rime before, either hard or soft and hoar frost might have crossed my awareness once before. You can tell we don't have snow or frost here!

The only thing I know about fractals is the Mandelbrot set, and the only thing I know about that is the animation that looks like it is diving further and further into the pattern, which just keeps on repeating over and over.
Interesting pictures. Briana and I just had a discussion about the words "hoar" and "rime" after seeing them, so now we know more things than we did a few minutes ago...

That snowflake electromicrograph is amazing. The thing is growing, seeking ever-expanding layers of organization --which is also a good description of thinking. A mind is at work.

Winter has returned to Idaho and I'm not happy about it. Really ready for it to be over. Thanks for the Tarzan jokes. The first one made me LOL. Take care, jenny_o.

In 32 days it's going to say Spring on the calendar, Delores. As to what you're REALLY WONDERING, your guess is as good as mine!

I bet you have a hundred different ways to describe the heat, though!

HAHA! The elephant jokes :) That snowflake is really amazing! It's hard to believe it's even a snowflake. My favourite part of winter is indeed when it's over!

And so do I, or at least I will after I look up the animation for the Mandelbrot set :D

It's quite awe-inspiring, isn't it, Geo.? Very ordered and based on certain rules. Doesn't exactly seem random, does it?

Always glad to cause LOLs, Mr. S! Hang on, spring will be here soon!

I thought of you when I picked that last picture, Martha; I know you've been itching for the cold and snow to be on its way.

Isn't that snowflake strange? I suppose if someone put me under an electron microscope they might see some weird stuff, too :)

The full answer is two in the front, two in the back and trunks in the boot. (boot = called a trunk in USA)

I too am AMAZED by snow, yet I don't miss it during the summer either.

It sure is, Terry. The end of March, which isn't too far away now.

Thanks for that addition, River! Funny :)

Wow, that electron microscope photo is amazing! I agree - it looks like some dystopian future-world machinery. Now, since we got another six inches of snow last night (sigh), I'll be imagining all the trillions of little machines out there weighing down our trees...

Poor snow-kitty. I know how s/he feels!

It kinda makes a person think, doesn't it?

Here's another thing I think about snow: I think you folks have gotten more this winter than we have. Our winter has been very "open" - very little snow and none of it has stayed. That's just not right, is it??

I think we singlehandedly caused climate change when we moved to Vancouver Island - last winter was the coldest and snowiest on record; and I think this year has been even snowier. It's a miracle the locals haven't rounded us up and forcibly shoved us onto a ferry. (Or under one.)

Don't let your guard down! Or else always travel with cookies :)

the definition of snowflakes pattern is quite weirdly tough to understand for me either.

Magical images ,first one looks like snowy bloom ,second is absorbing and in third i see the white unicorn.

enjoyed the jokes as well particularly last two made me smile

You are right about the snowy bloom and the white unicorn - I never thought of them that way!

Glad to make you smile :)

Wow, who knew snowflakes were so industrial. I'm pretty sure even Tarzan and Jane, with their astute powers of observation, wouldn't have known that...and the soft rime is beautiful

Industrial is the perfect word! I'll never think of snow in the same way I used to.